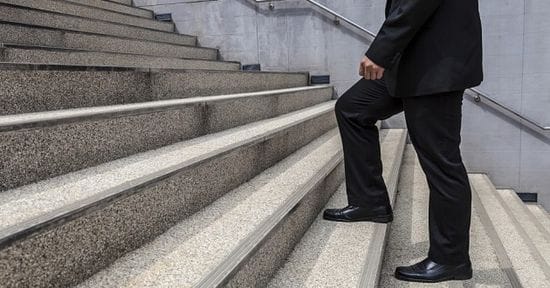 The ACTU (Australian Council of Trade Unions) had called for a $43 a week rise, however most business groups wanted the rise limited to $13 to $14.40 per week in line with inflation.

The ACTU claim was significantly higher than the above-inflation $24.30-a-week rise granted by the commission last year, stating that the increase was a "step in the right direction" but fell far short of re-establishing the living wage and ensuring that no worker lived in poverty.

The ACCI (Australian Chamber of Commerce and Industry) Chief Executive James Pearson said employers were concerned the three per cent rise "will put jobs in danger and risk the viability of some small businesses". ACCI had urged the commission to grant a maximum $12.95-a-week increase, describing it as an "appropriate and prudent level of increase".
"Australia already has one of the highest minimum wages in the world, and continuously increasing minimum wages by significantly more than inflation has consequences," Mr Pearson said.

He said the increase would cost Australian employers an extra $3.1 billion per year.
"Employers respect the independent decisions of the Fair Work Commission, but a third straight increase well in excess of inflation will be difficult for businesses, particularly small businesses, to absorb,'' he said.

"These increases will make it that much harder for more than 680,000 of our fellow Australians who are unemployed, and a further 1.1 million underemployed, to find a job or more hours of work.
"We hope today's decision the 10th straight annual increase in excess of inflation, and the third of 3 per cent or more restores a sense of perspective to the minimum wage debate. Recent attempts to portray Australia's minimum wage rules as failing working people are misplaced. It is time to get back to facts and encourage collaboration not conflict between employers and employees."

ACTU assistant secretary Liam O'Brien said the increase would leave the minimum wage more than seven per cent short of the living wage target 60 per cent of the median full-time wage.

"This is a welcome pay rise for millions of low paid workers, especially in the face of further penalty rate cuts in a few weeks,'' he said. "We have a long way to go to ensure that the minimum wage is enough for workers to live on and support their families.
"No one in Australia should be living in poverty while working full time, but we know that thousands of people are facing this reality."

United Voice national secretary Jo-anne Schofield said the increase equated to 57 cents an hour and did not make up "for the years of neglect by an out of touch system that doesn't understand low paid workers".
"Fifty seven cents an hour will not remedy historically low wage growth in the face of real cost of living pressures,'' she said. "Added to this, 700,000 hospitality and retail workers are just weeks away from the next 10 percentage point penalty rate cut. 57 cents an hour is cold comfort to those 700,000 workers facing their third annual pay cut."

Originally published via The Australian