Posted by Kirsten Lowis on 2 December 2017 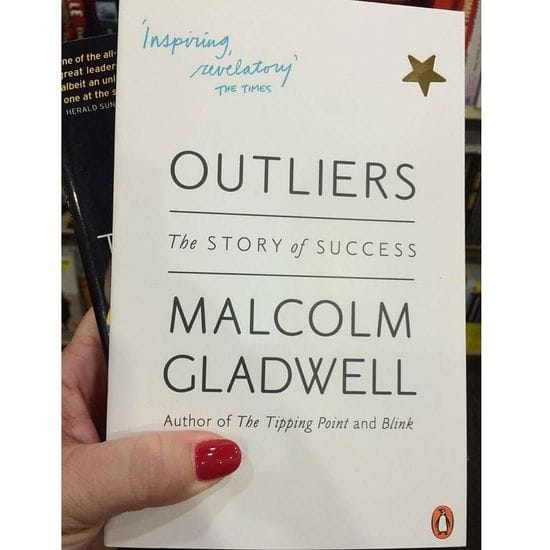 As soon as I finished reading Malcolm Gladwell's stellar first book "Tipping Point" this month, I couldn't put down his "Outliers: The Story of Success". In Tipping Point, his anecdotes and data are freakishly cool. But Outliers Whoa! What a trip.

I like Gladwell's style of writing in Outliers. It's much more persuasive and adventurous using a series of what I would describe as case studies on success and failure. Straight up, I have to say that I'm still scratching my head wondering if there is more to success than meets the eye? Success is different for everyone, but does hard work, ability and ambition really make a difference? Think about work vs. marriage. Hmmm. Well, according to Gladwell, these factors do not necessarily matter.

Even though Outliers has been published since 2008, I've only recentlly taken interest in Gladwell's work. Boy! It's been a hell of a journey to understand his challenging view on the nature of success in our society and in particular, "What makes some people successful while others cannot seem to realize their full potential?".

Let's start at the very beginning An "Outlier" is described as a person who is out of the ordinary and "doesn't fit into our normal understanding of achievement." The opposite? "Inliers: The Story of Mediocrity". Ding, dong! (Queue the sirens!)

According to Gladwell, great men and women benefit from a phenomenon-like combo of time, place, specialization, collaboration and culture. In other words, he claims that success is the "synthesis of opportunity and time on task" rather than the belief that "hard work pays off". Shit!!!! What the heck have I been doing all these years? Haha!  Seriously... What he was saying is that successes and failures can be explained in unexpected phenomenal ways and too often than not, we dismiss those factors when measuring success in life. He talks about nurture versus nature in great detail and how ten thousand hours seems to be the magic number for greatness.

Going through the book, Gladwell debunks the belief that the traditional foundations of success, you know the ones that our folks taught us about hard work, blood, sweat and tears.  Apparently it was all in vain. Instead, he simply claims that to achieve greatness and success, those foundations "must be placed in an agreeable tempora and societal context." WTF?  He does offer some inspiration and empowerment to the rest of us to feel worthy of rubbing elbows with the elite, provided they put in the magic 10,000 hours first. Look, you'll have to read the book yourself to understand his theories and see if you can get on the same page - literally.

I'm a big fan of Gladwell and his adventurous theories, however I cannot help the workaholic within, so as much as I trust the process of nature, I do believe that nurturing your own success is the key to it all.