Did you know...The Golden Ratio?

Posted by Kellie Williams on 3 August 2014 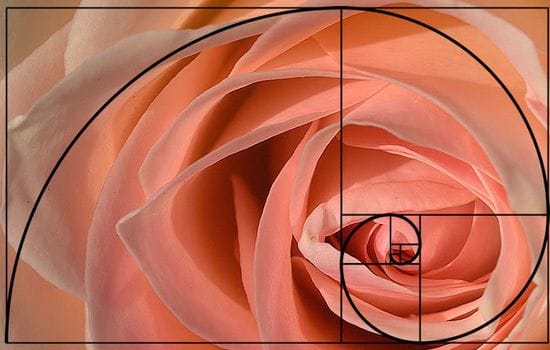 Did you know... The Golden Ratio?

The Golden Ratio is a beautifully simple piece of mathematical theory that can help make your designs feel well proportioned and pleasing on the eye.

Based on the Fibonacci Sequence (which you may remember from Dan Brown's novel The Da Vinci Code), the Golden Ratio (1:1.618) describes the relationship between two proportions. This ratio forms such a common sight in nature, and it feels pleasing to the eye when we
use it in our design work.

It has been used since the early Renaissance period when new age art concepts exploded onto the scene. Many artists and architects have proportioned their works to approximate the Golden Ratio  especially in the form of the golden rectangle, in which the ratio of the longer side to the shorter is the Golden Ratio believing this proportion to be aesthetically pleasing.

It's believed that the Golden Ratio has been in use for at least 4,000 years in human art and design, but it may be even longer than that  some people argue that the Ancient Egyptians used the principle to build the pyramids. In more contemporary times, the Golden Ratio can be observed in music, art, and design all around you. Very closely related to the Golden Ratio is the 'Rule of Thirds'. If you're familiar with this idea you'll know that it's formed by dividing an area into equal thirds both vertically and horizontally. The intersection of the lines will provide a natural focal point for the shape. Photographers are taught to position their key subject on one of these intersecting lines to achieve a pleasing composition, and the same principle can be applied to graphic design.

Although the rule of thirds can be applied to any shape, if you apply it to a rectangle with proportions approximately 1:1.6, you get very close to a Golden Rectangle, which makes the composition all the more pleasing to the eye. Try experimenting with one of these design rules in your page layouts, web mockups, brochure and poster designs.

Author: Kellie Williams
About: Kellie studied Commercial Art over 20 years ago at James Cook University and has been working in the Printing and Media industries ever since. She has worked for screenprinters, printing companies and newspapers in North Queensland and now runs her own business, Jasper Design, which has Qld and interstate clients.
Connect via: Twitter LinkedIn
Subscribe via RSS
Tweet